Don’t let the scowl fool you, that kid loves her sister (especially her hugs)! But she does NOT like being told what to do, ever. But that’s another blog post entirely.

Just 2 weeks after we had our Vegas adventure, Bart headed down to San Diego to see Dead & Company (a Grateful Dead cover band with John Mayer as the lead). That meant I had a Girls Weekend alone with Zoe & Ella. PAR-TAY!

Ok, so maybe not a party, but we definitely managed to make the most of it. As you can see above, it began with an outdoor picnic and two small girls insisting they dress appropriately for such an event. (NOTE: I had nothing to do with clothing choices for this entire weekend).

Ironically, while we are fortunate to have a home with a backyard in LA, we don’t spend enough time out there, partly because (given our “awesome” air quality), a dusty cover can be found over everything outside in short time after cleaning it… Sad but true. And also because we tend to forget how awesome it is just to “be” outside in your own backyard. But not THIS day:

Is that expression better? And if you’re curious, that’s the crust of homemade PB&J. We are nothing but fancy when Dad’s not around.

After our outdoor fun, we headed indoors to see the Peter Rabbit movie at a theater with an arcade, both of which our princesses enjoyed. 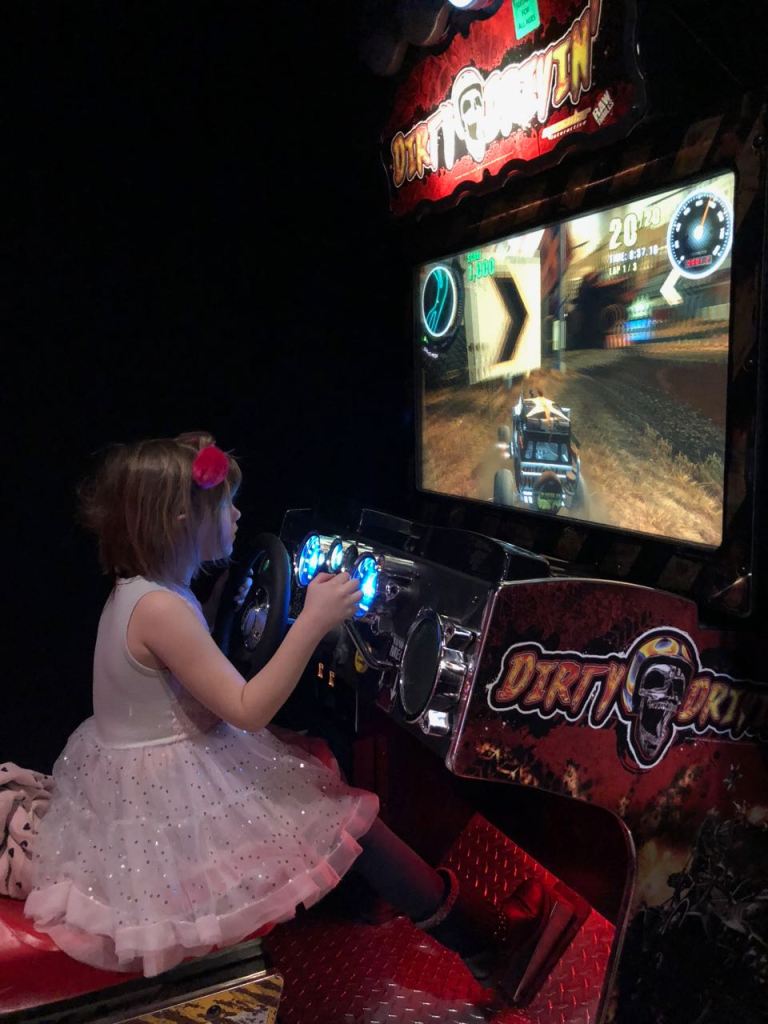 Both girls also tried their hand at “driving” and I’m nowhere near picking a girl I’d rather ride with… We also played air hockey (poorly) and that claw prize game. In other words, we just poured quarters into an open hole to win nothing – though ONCE, at another arcade, Ella won a pokey pink ball, so she’s never lost hope.

Back at home, we solved a mystery in record time: 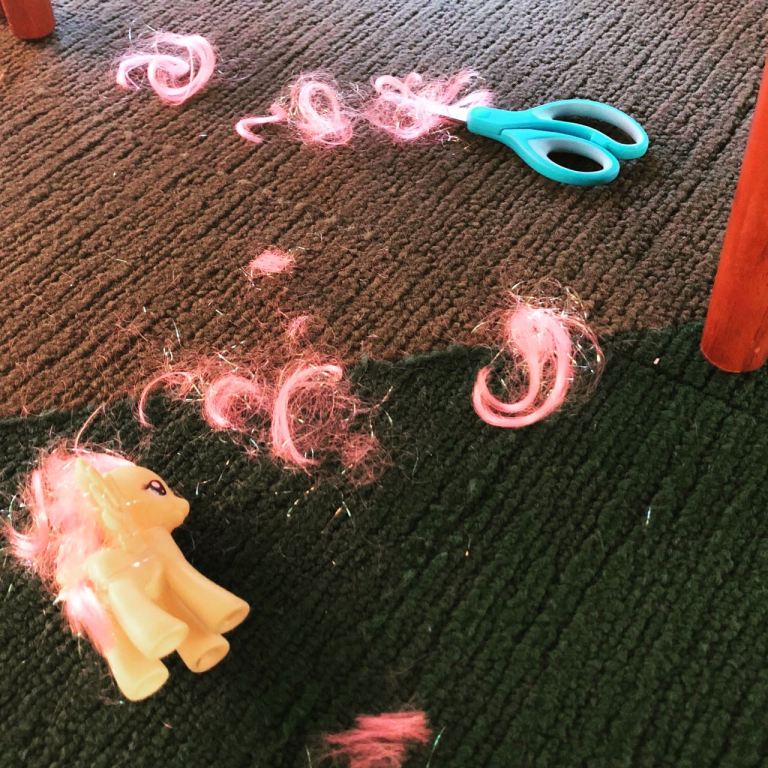 Yes, I found this under the table WITH the scissors, but no fingerprinting was necessary to quickly apprehend the suspect. Better this than her OWN hair, I suppose.

The following day we spent sister time at the park:

Then we cooked up something EXTRA SPECIAL for Dad. These kids love to bake and the words “chocolate chip cookie” are magical around here. However… Bart and I had been talking about eating healthier this year, and he was reading this Fat for Fuel book so we decided to make something “healthy”.

These Keto Chocolate Chip Cookies were NOT GOOD, no matter how much you cooked them… Zoe & Ella literally would not eat more than a bite, even to get at those chocolate chips. Oh well? I have other skills. I think.

And so, Girls Weekend was (mostly) a success! While I can’t be trusted to cook, well, ever, I CAN be trusted with two small children (at least my OWN) for 48 hours, unassisted.