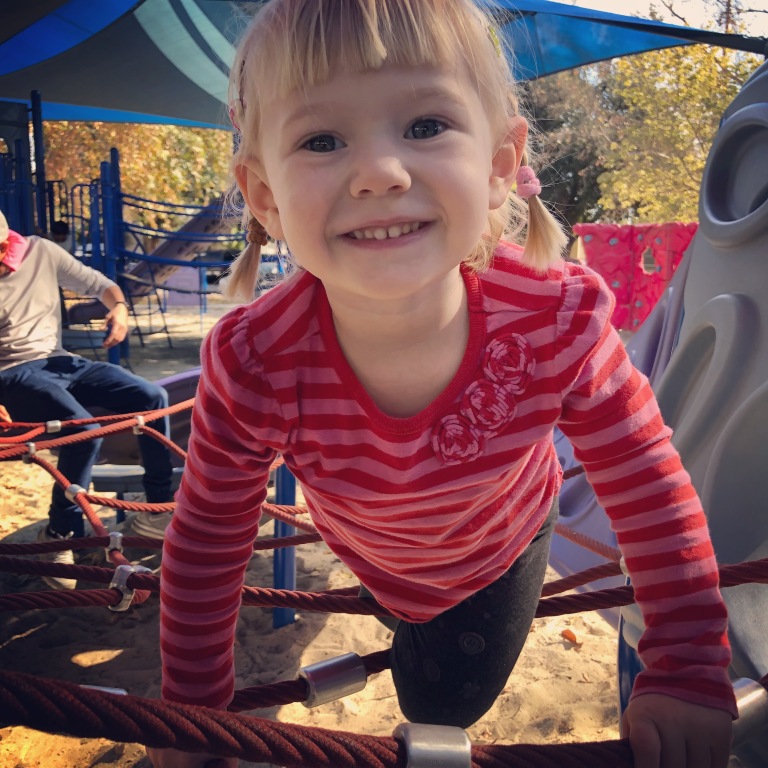 I guess we can count ourselves lucky that kid #2 has been blissfully unaware of the joys of the emergency room. Until last night.

Both kids have been to My Gym Parent’s Night Out many, many times. It’s an indoor gym-style playground theme night, from Pirate Night to “Decorate your own cupcake” to New Year’s Eve to last night’s “Bubbles & Balloons”. They play and make friends and generally wear themselves out while bouncing and climbing and singing, all guided by a very kid-friendly and diligent staff.

While the kids have fun for 4 high energy hours, we head to dinner and/or a movie (most often a movie), watching whatever movie has the right start and run times to fit the window and rushing back to pick up exhausted children and roll them into bed.

As you know, I can be a Nervous Nelly when it comes to child safety, and believe you me the first time we left our kids there with Zoe doing flips over a bar and running and bouncing on anything she could find, I was terrified for them both – though mostly Ella, who I was sure would a) want to do anything her sister did and b) get trampled. But after so many uneventful events, I’ve simply been thrilled to have a night where truly everyone has fun. Plus, Ella’s a tough little nut.

Last night we calmly dropped them off, rushed to see Phantom Thread (which we enjoyed) then rushed back to pick up the generally excited but exhausted kids. Bart headed into My Gym to sign them out while I headed next door to Unleashed pet store to grab a brush for our cat (that’s another story). My phone rang almost instantly. My husband was calling.

In his Minnesotan calm voice he said, “Come when you can. Ella has an owie on her chin.” I love that man. I headed right over to find her sitting with an ice pack on her chin, wrapped in a paper towel with blood on it. Turns out that literally 5 minutes before we arrived, she had slipped going UP the slide (seriously?!) and hit her chin.

She was apparently a trooper about it and “barely cried”, but they thought she’d need stitches because it hadn’t completely stopped bleeding. As all mothers do, I read my child’s face, where clearly there had been tears but her eyes looked alert and slightly scared but OK. At first glance, I thought they were overreacting, but when I looked at my husband’s face, I knew we were headed to the Emergency Room…

And so off to the ER we went, which thankfully, despite having been there 4 times for two random bonks on the head and two odd episodes by the time she was Ella’s age, Zoe does not remember at all.  Every one of those ER events ended positively and while most required some diagnostic measure (twice a CT scan of her head…), none required real intervention. Like stitches.

It was 9:55 pm by the time the ER doc put some lidocaine gel on Ella’s chin, convinced that after she cleaned up the wound she would need a stitch or two. Thirty minutes later, Bart took Zoe out of the room, and they wrapped Ella like burrito in a folded up white sheet to restrain her arms and legs “just in case”… She giggled at being a burrito, with no idea this doctor and very buff looking latin male nurse were prepared for literally kicking and screaming – and they “do this all the time” with little kids. I had been warned… In fact, Bart couldn’t believe I wanted to be the one to stay in the room.

The brief numbing shots that followed? Not so fun (for either of us). The cleanup part? Not so bad (thanks to the numbing shots). The covering half her face with a sterile white protector with a chin cutout so they could stitch her up? Not her favorite but no tears. The 3 stitches in her chin? Uneventful until the doctor pulled the blue string above that white protector as she was sewing, to which Ella said, “What is that blue thing?” She was thrilled to have blue on her chin (though she “really likes yellow a lot”). So other than the shots, she was cool as a cucumber. Prior to the stitches, Ella’s biggest concern had been that she didn’t want to get blood on her shirt (wow – oh, and she already had blood on the neckline her shirt that she couldn’t see).

Overall, she was amazing. The doctors couldn’t believe her calm (or mine, maybe?)

We were home by 11 pm or so, with 2 tired kids, 2 tired parents, 3 new stitches, and one Anna band-aid on Ella’s chin. Everyone is sleeping right now except me, so I have no idea how she’ll feel today with those stitches and having to have them in for 7 days (then taken out by a doctor… turns out it takes 3 weeks for the dissolving ones, which is not great for little kid skin). I will hope for the best and be thankful it’s only 3 tiny stitches below her chin.

And damn, I feel lucky that we have two incredibly tough, amazing little kids. 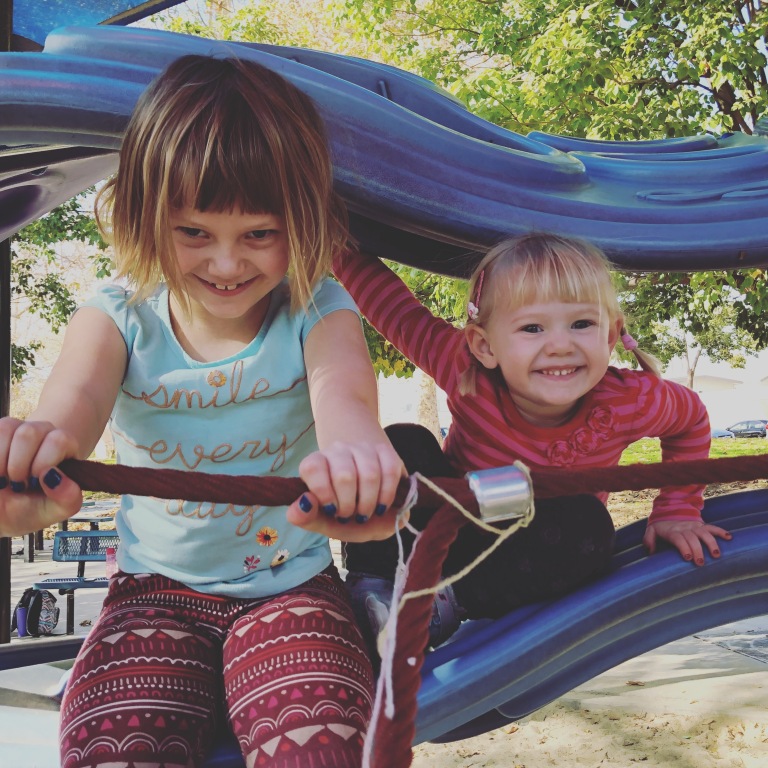 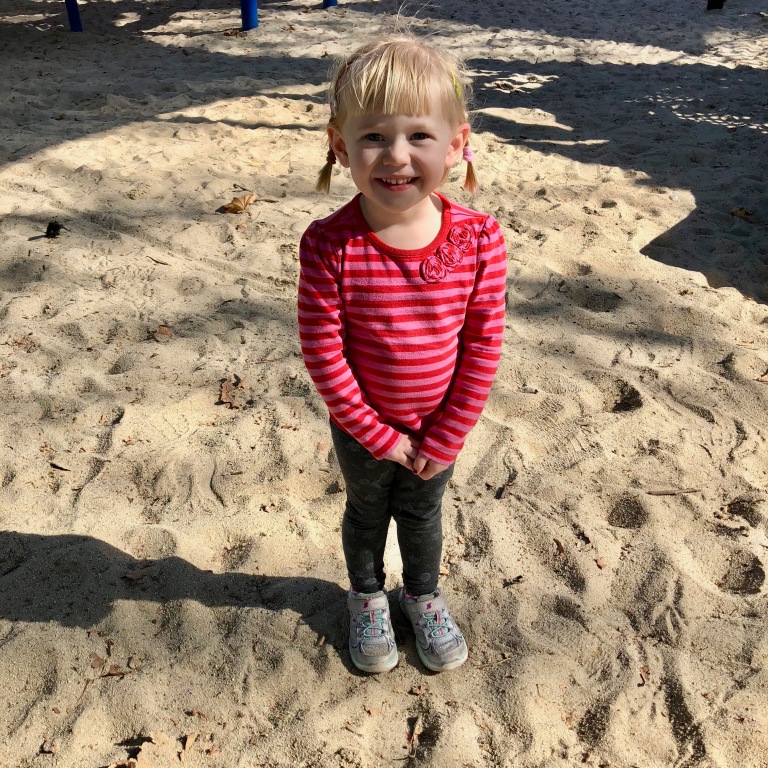 2 thoughts on “Ella in Stitches”