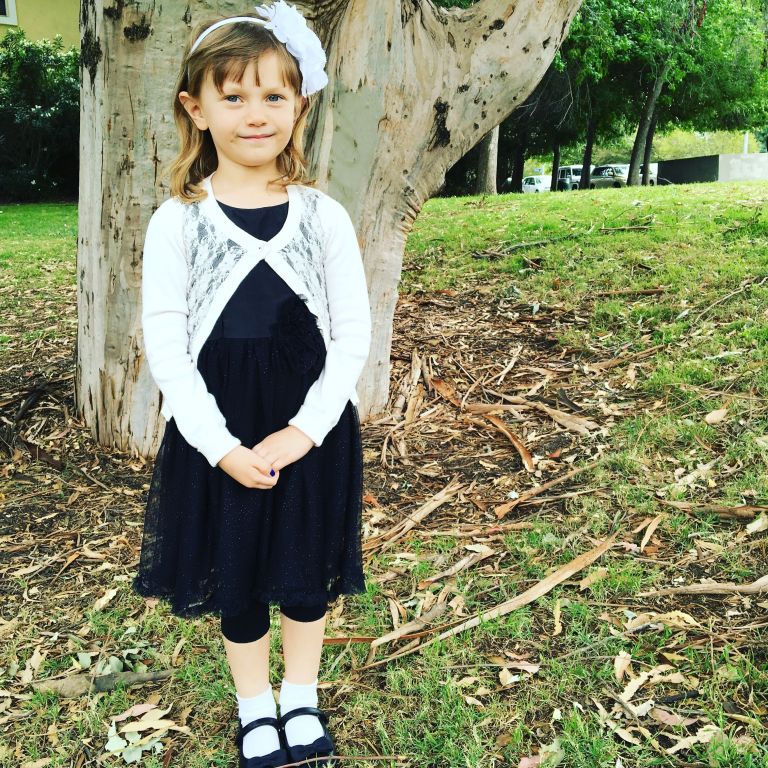 One thing we’ve learned about schools, they know how to fundraise.

Whether it’s school pictures (twice a year), a yearbook, a blatant fundraising effort for wrapping paper and nuts, an even more blatant request for a “family donation”, and of course, I think every school has its annual EVENT, to raise the big funds.

Yes, ‘Faire’ is just what you think. Like Renaissance Faire. And believe you me, there were many true Faire fans at this event (read: parents, moms with corsets and bulging assets). That part was a little shocking. The rest was pretty cool.

Picture a big field (or a grass/dirt/drought playground in a local park) with tents set up around the perimeter and a May Day pole in the center with colorful ribbons. There were lots of games of chance: Bean Bag Toss, Ring Toss, Knock Down the Goblets. One was a plastic kiddie pool filled with sand that had “Treasure” buried in it. That was brilliant – something for all ages and everybody wins!

There were performances in one corner of the field, one class at a time. One older class even had a celtic “River Dance” performance! Zoe’s class performed a dance, which I captured (mostly) on video:

This is one of those “annoying parent” moments where I had a clear shot of Zoe, until Mariana (who showed up late) joined the front row, and there was no room for me to move elsewhere. I think you get the gist though ;) If I were a NICE parent, I’d be glad she showed up at all, so her mom could have fun watching her, too…

And in my defense, for anyone who thinks I dressed my child that way on purpose (picture up top), they were required to wear black and white, and that was all we had… Oh, and before we left for the show, Zoe “dressed” Ella, quite fashionably: 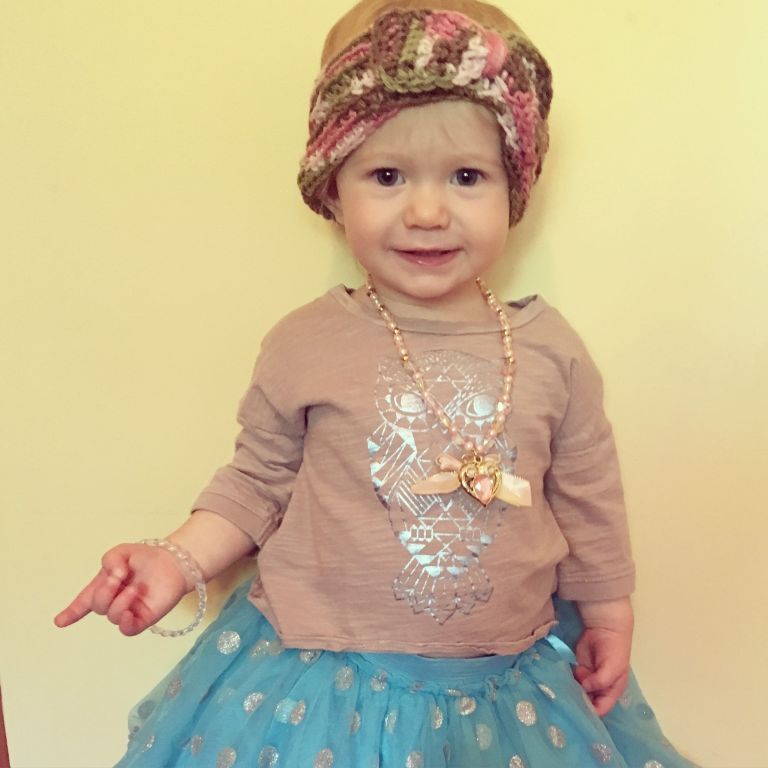 Anyway, back to the faire, there was a bake sale (or so I heard, ok ok, so I bought a homemade brownie and 2 chocolate chip cookies, busted). Oh, and cotton candy (yes, I had some of that, too). There was a silent auction, two bouncy houses, and FACE PAINTING: 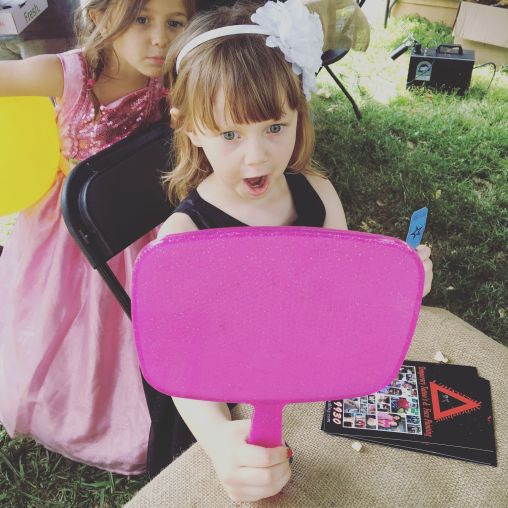 All in all, it was quite a to-do. Unlike the preschools we’ve attended who share what they made from all those fundraising efforts, our school is not so transparent. However, I’d have to guess they cleared some dough, since every single tent/event was “generously donated” by a family, tickets were $1 each, and it cost 1-5 tickets for each thing outlined above. ALMOST makes you consider getting into the school fundraising game. Almost.

Anyway, we like our school! So at the end of the day, the girls had fun, we weren’t required to wear Ren Faire attire, and hopefully our child will get access to more with the money that was raised. Yet again, everybody wins!