This week we took BOTH girls in for a checkup – Zoe for her 4-year checkup and Ella for her 2-week checkup. Let’s just say it’s a lot more “lively” than taking in ONE girl for a checkup ;)

Bart took Ella into one room where they measured and weighed her (and she peed on the table), while I took Zoe into another for weight, height, blood pressure and vision exam. Then we regrouped in a larger room for our pediatrician (Dr. Jeremy) to do a physical for each.

Zoe had requested that Ella go first, so our brilliant doc started by asking ZOE questions about ELLA. “How often does Ella eat, sleep, etc?” He even let Zoe listen to Ella’s heart. It was so cute. Ella got a super fast clean bill of health – especially for growth! She had gained 14 ounces in 14 days, which is apparently very very good.

Then it was big sister’s turn. We had a short list of things to ask the doc, including an odd fingernail issue that Zoe’s been having. A few weeks ago Zoe had 3 nails that looked like they were literally peeling off from the nail bed (with a new nail showing underneath). I’ll spare you the picture but Dr. Google said it was either a nail fungus (which it wasn’t and is highly unlikely for her age) OR it was an after-effect of Hand, Foot & Mouth disease (which Zoe hasn’t had, as far as we know) that shows up 6 weeks after HFM goes away.

We sent a pic to our doctor who said most likely she DID have HFM back 6 weeks ago when she had a 24-hour fever, though she had NO other symptoms. So either she has the strongest immune system ever (way to go, breastfeeding, Flintstones and veggies!) or who the heck knows. Anyway, likely all her nails will go through this peeling process then return to normal. Ew. But temporary.

More importantly, before going to this doc appointment, Zoe had been concerned she was going to have to get a shot, which we thought was likely… So I told her if she DID have to get a shot, it was a great chance to show little Ella how to be BRAVE – that Ella would be watching her to see how she’s supposed to handle getting a shot when it was her turn.

Of course, she had to get not one but TWO shots, one in each arm, and when the doctor told her, she said “OK, I’m going to try really hard to be Brave.” AND SHE WAS. She didn’t even FLINCH! She just looked at Daddy and smiled, then it was over… I was FLOORED. In fact, I’m pretty sure I’m the only one who flinched ;)

To prove yet again that she is MY child, when she was done she said (more than once), “Mom, are you SO IMPRESSED with me?” To which I responded enthusiastically, “Absolutely!” Then she insisted on leaving her band-aids on so she could tell everyone at school how brave she was…

Oh, and clearly the stoic bravery alone proves that she is Bart’s child, too ;)

So here we are with 2 happy, healthy little girls – woo hoo! May all our checkups be so easy! 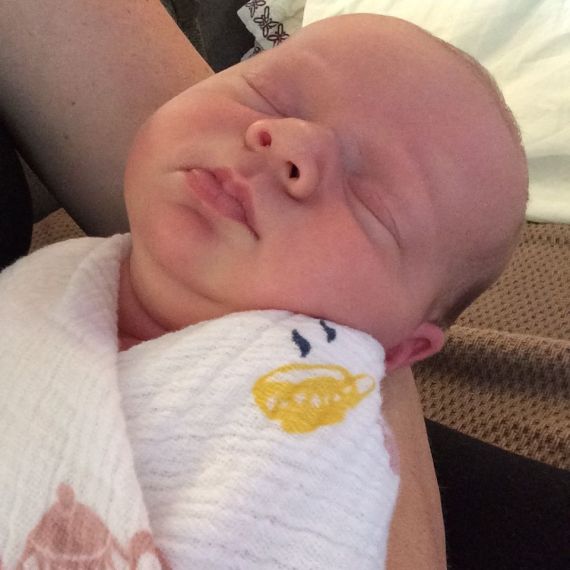 One thought on “Time for a Checkup!”