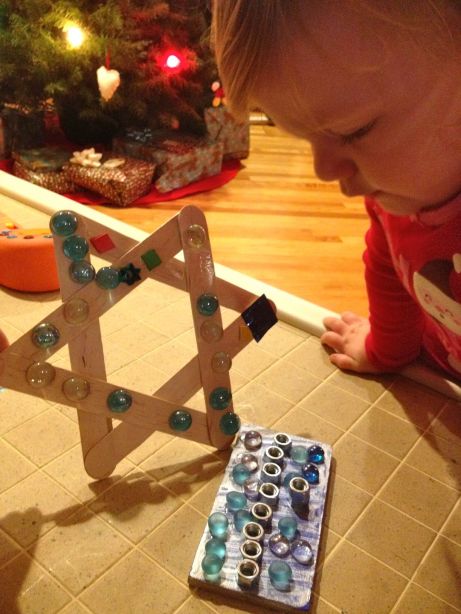 I just blinked and the year is almost over. I’m not being dramatic, and I’m pretty sure I’m not alone on this one.

Where to start? I think we officially “covered” Halloween – that’s something! Since then (which seems like yesterday):

In fact, Zoe’s had a LOT of family around lately, which we love! My mom came out in September for her birthday and stayed a few weeks, and Bart’s parents came out in October through almost Thanksgiving, all just to help us out. Oh, wait. I think they might have come out to see Zoe instead, but anyway we were glad! Double oh, Bart’s brother is here RIGHT NOW!

Speaking of family, as we were heading out to Atlanta for Zoe’s first flight with HER OWN SEAT (which is awesome, by the way, except it costs the same as my seat…), she was super excited to see her “cousins”. So we got on the plane, snapped her seatbelt on, and she said “We made it to see my cousins!” And 5 hours later, we sure did ;)

She was actually an awesome traveler, and you know that’s true when, at the end of the flight, all the surrounding passengers say to her “you’re a great little traveler!” Whew. They clearly didn’t notice her on the way ONTO the plane as she screamed “I want my puppy” about some stuffed dog she noticed in one of the airport stores.

The weekend after we returned home: CHRISTMAS TREE!! Unlike last year where Bart convinced Zoe not to touch the tree by saying “the balls are sleeping“, this year, she decorated the tree (minus the lights) herself, with a little help. Even the tree topper, and here’s VIDEO PROOF:

Bart is still recovering. Oh, and it’s really freaky to watch last year’s video compared to this year. DON’T BLINK. This year we DID have to tell her not to touch the bulbs (they get super hot), and so far, so good. I would have been impressed if Bart had convinced her the lights were flamethrowers or something, but “the lights are really really hot and you’ll get a big ow-ie” seems to have worked this year. And we have one of those stomper foot light switches to turn the tree on/off, which Zoe loves.

And by now you’ve probably forgotten all about the Star of David and menorah in the opening photo. For the record, she MADE them both, with her own little hands. She attends school at a local JCC, so we’re learning all about the Jewish faith – even attended our first Hanukkah dinner with our friend Jeff’s family, where our daughter kept saying “Happy Hanukkah, Everyone!” Oh, and sang the dreidel song.

So there you have it. A Holiday Update. Hope your Holidays are off to a rockin’ start! We’re still thinking about Thanksgiving: 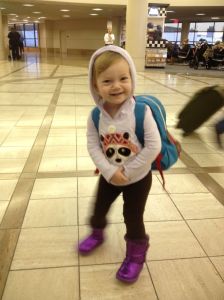 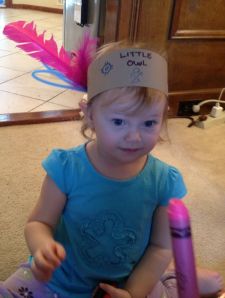