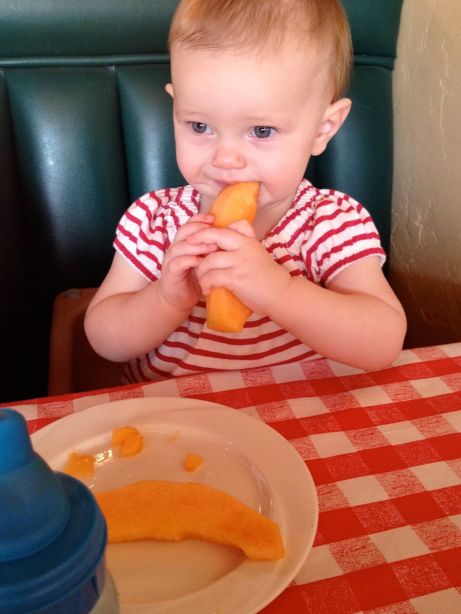 I’m sure anyone who’s spent time with a little girl remembers the moment(s) when suddenly she starts to look and act like a BIG girl. It’s disconcerting, honestly. I know everyone says “they’re developing so fast!” and certainly that’s true, but what if literally one day your best friend couldn’t write his own email and the next he had written a best-selling novel? (don’t take that personally, honey, you’ve got other skills)

In all seriousness, that’s how fast our daughter is changing. Here are some recent developments:

Anyway, when it comes to other milestones, I have to say I’m skeptical about the lists out there. BabyCenter suggests that at 19 months “advanced” kids (a few of them) can point to an object when you say its name – and at 20 months these advanced kids can name several body parts. She’s been doing both for months, and she’s only 16 months. That said, she hasn’t learned to use a spoon/fork very well, and she still has 2 naps (things “half” the kids at her age can do). I know this isn’t exactly a science, but how in the world are you supposed to know what’s normal? Or what to reinforce?

Guess we’ll just keep giving her opportunities to learn and being pleasantly surprised as she picks up new things. Oh, and we’ll keep you posted :)

2 thoughts on “Our Little BIG GIRL”