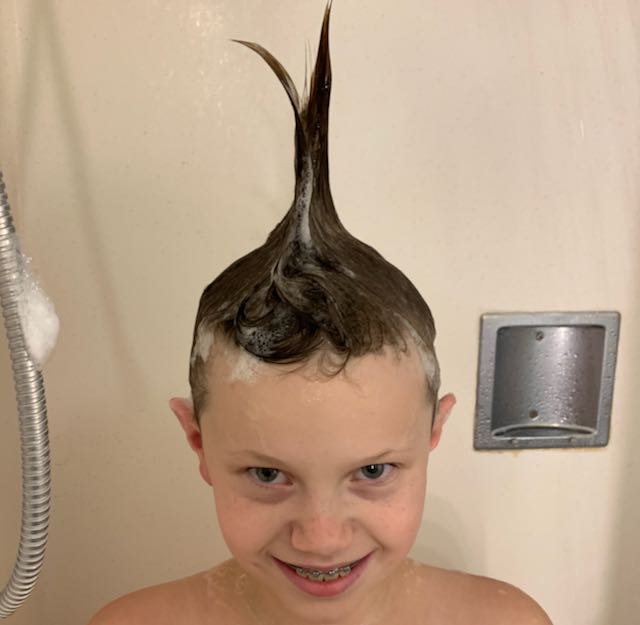 Week 21 went by SUPER fast. Certainly work got busier, but on top of that a) two girls were desperate to earn their American Girl dolls by Friday, and b) my husband had booked a getaway that we were leaving for on Saturday.

I honestly took very few pictures, which is usually how I scope out these blog posts, but we did have some interesting moments I’ll share in this short post. Bart received another special gift for his 30th work anniversary from my mom: The Midnight Scoop. 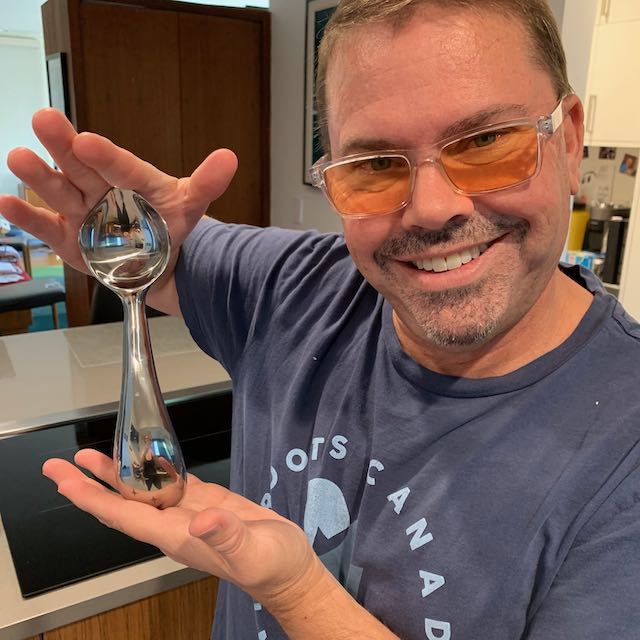 For a guy who eats ice cream every single night, this was one phenomenal gift. Ergonomically correct, it glides right through the most frozen of ice cream pints with ease. In fact, it is “Designed to allow you to ‘push forward’ using your strong arm muscles instead of weak wrist joints“. Could be a life-changer. Plus, if you look closely at the picture above, you’ll see both an upside-down and a right-side-up image of me. Bonus.

We also completed another jigsaw puzzle. As we’ve done for the other however many we’ve assembled during this pandemic, we videoed the placement of the last piece. I personally find this one funny (I’m the one with the camera). Let’s see what you think:

Another fun project I got to do during Week 21 was called “Save the Yellow Flowers”. I’m sure you remember my raised garden story from Pandemic Mother’s Day where we found all those huge bulbs from our Four O’Clock flowers along the bottom of the bed. Though we thought we disrupted that system, those flowers were more committed to growing that I was to eliminating them from the garden. Also, they’re pretty!

Unfortunately, the ones that grew were generally around the edge of the bed, and one of the yellow ones was so close to the edge it literally fell over… That’s not good for a plant. I mentioned it to my mom (not a gardener but smart about many things) who immediately said, “Just tie it up.” And so I did. And it worked! 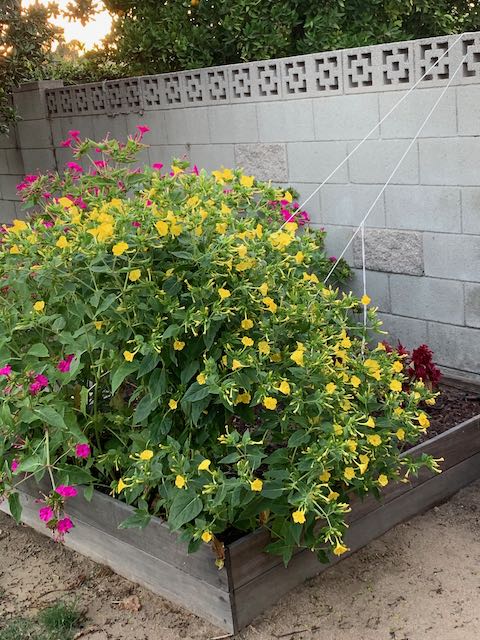 Sure, string isn’t the prettiest addition to the flower bed (and I could have done a more elegant job), but even through the incredible dry heat we’ve had out here, these flowers are still blooming – and upright!

The sewing machine also got a workout. For those following along, I’ve now built (sewn?) two pair of lounge pants for my dear husband – one that was a mess but funny, and one that was perfect-ish. He wears them often (mostly the good one), but given the heat, he asked if I could make him a pair of lounge shorts. I had no idea that was a thing.

We selected what looked to be a cool retro patterned fabric, just as soft as the others. I learned something: Sometimes fabric looks really cool on the bolt and a lot like clown attire when you make shorts. Oh, and I learned something else: It matters how you cut out the shorts if you care about how the fabric pattern fits together on the finished project. In my defense, I was super proud that I had fit all the pattern pieces in such a way that spared some good sized pieces of cloth for later. Ha. Best laid plans. 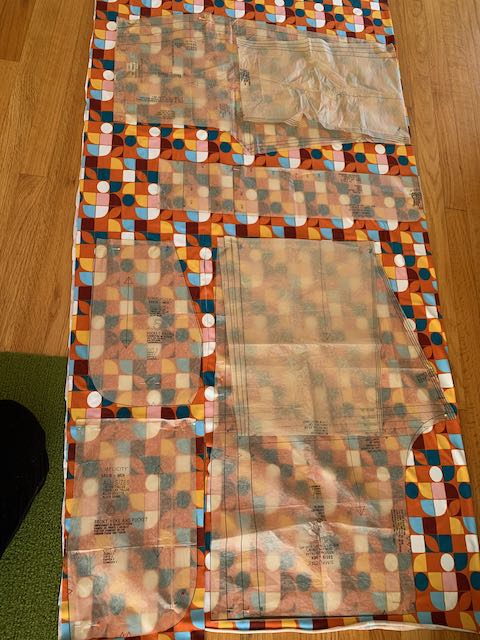 For those accomplished seamstresses out there, you’ll note that the “front” (top of picture) is about to have a horizontal version of the fabric pattern, while every other piece will have the intended vertical one. Or maybe I have that backwards, since I am still unclear about how the “selvage” works. But anyway, guess when I figured out the pattern problem? As I was cutting out the front, which meant there was not enough fabric to change plans. Oh well.

As a final note on this topic, it turns out I am incapable of doing just a little bit of something with great care and patience. Once I’m in, I’m ALL IN, and while my output may not be perfect, it’s sure to be efficient and prolific. As of today, I have completed 26 sewing projects and crocheted 5 complete scarves during this pandemic. Now, I have friends who are both prolific AND high quality, so I’m not bragging, but I am pretty proud of myself. My psychotic search for a sewing machine was officially worth it.

But back to the girls, the reason you likely read this blog. I’m going to say that Camp Kikiwaka (our home-grown summer camp) turned out to be a great idea, but programming really fell apart in its final weeks. We still had a few classes scheduled each day, but again, they’d try out one day and lose interest, often in the middle of the class. The only one that really stuck was Metrocraft, where Zoe is learning to build cities, write governing policies, etc. She’s so into it that we just signed up for Metrocraft II: Economics & Architecture, where “experienced students will each be asked to create a new architectural company“. I’m a fan.

Ella pretty much builds with Legos and creates imaginary worlds she plays in mostly by herself, as her sister insists on “sister distancing” pretty much all the time lately. Ella also eats peanut butter and cheese slice sandwiches, with the crust removed. And she loves morning hugs.

For the blog post finale, the girls successfully earned their American Girl dolls. It was not without a LOT of stress and pressure – and with Zoe finally understanding that she was going to have to end up sharing HER doll if Ella did not earn her own. In the final days we were bribing Ella with random tasks to complete, and when they hit the mark, they celebrated together. But not as much as they celebrated the opening of those boxes:

Other than a hand-me-down American Girl doll from my niece, which Ella puked on and ruined (sorry, Sophie), our girls have never had an American Girl doll of their own. Their previous doll was an Our Generation doll from Target (which I will maintain is just as good, though the packaging is NOT as amazing as above). Regardless, these “custom” dolls (you can select from a variety of options) were a huge hit.

Meet Cecelia. With dark hair and beautiful blue eyes, a round face and “Let’s Smile” accessories, she’s Zoe’s new friend. Everything from the dress to the headband to the denim jacket and shoes were options she chose herself.

Meet Calista, no Addie (and who knows what name she’ll have next). With pink hair, freckles and braces, a round face and “Let’s Create” accessories, she’s Ella’s new friend. Everything from the fancy dress to the tiara and shoes were options she chose herself.

We have two very different girls.

I’m going to end our Week 21 wrap-up right here, since the next post includes our 3-night “mini-vacation”, which technically carries over from Week 21 to Week 22 – but who’s counting? Other than me.

Hope you are all safe and well out there!