This one will be filled with pictures and short summaries, though again, I hope to do better at doling out the stories in 2019 – rather than cramming them all in just to make sure they get documented while I still remember them… Anyway, here goes:

We kicked off December attending a Holiday Concert featuring the Angel City Chorale – you may recognize them as the ONLY choir to ever make it to the finals on America’s Got Talent. Our friend Adam is in the choir, so we’ve been to this holiday concert before – but not since they got FAMOUS. We went with a group of close friends, and it was a fun experience for the whole family (and a sold out crowd to boot).

If you missed them on AGT, you should check out this one short video – it’s amazing!

The following week, I again traveled for work, this time to NYC to emcee a client event. Though I present in lots of meetings, monthly all-hands calls with around 100 people, and various companywide trainings, I haven’t spoken live to a group in a long time (vs. video). So I was excited+terrified, and (from all accounts) I did AOK:

I got back to LA in time for two more fun weekend events, starting with a visit from my friends Chan & Joe, who own an awesome Vacation Bicycling company. They travel around the US all year long, hosting 8 rides in various cities for 30-45 people, and thus their hotel points let them stay at ANY Hilton for a few nights each year. This year they chose the Waldorf Astoria in Beverly Hills (lucky me!), and Bart and I met them for dinner and rooftop drinks.

Up next, a live event with Zoe in a production called “The Crime of the Century!”, where she was a mustached police officer with several lines. Apparently, she ended up playing two roles (in the same costume) when another kid got sick, and she did a great job! 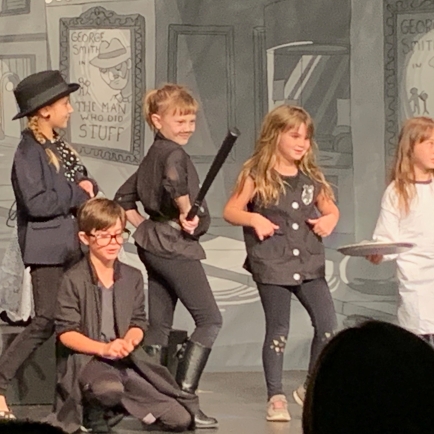 The following week Ella was in a performance of her own, the annual Christmas Sing at her school. Other than insisting on wearing a unicorn headband – on the FRONT of her head because “Where else does the horn go, Mom?!” – she also was quite entertaining. 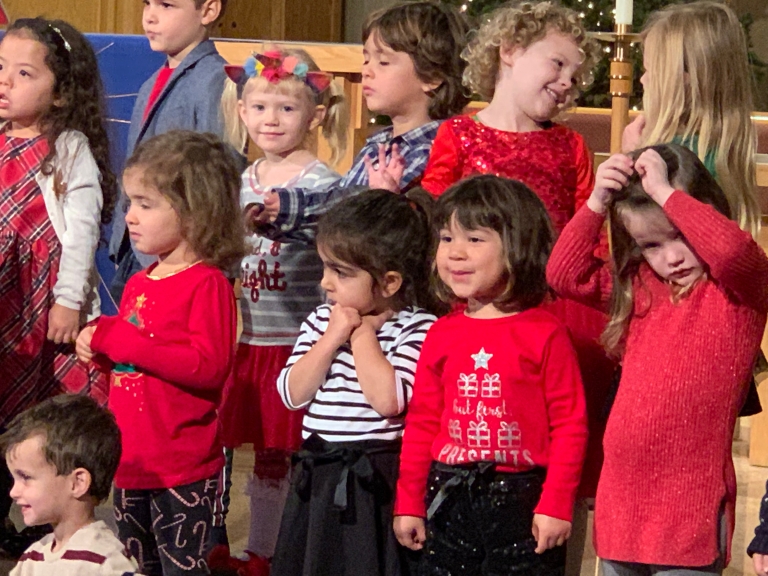 Next I traded in my Fiat 500e (e is for electric!) for guess what? My THIRD Fiat 500e.. This one’s named “Pearl” (thanks to Zoe), and YES, I love my electric car. I’ve been electric since 2013 when we first did the math on gas vs. electricity here in our commuting city, and I’m not sure I can go back.

Plus, Every Clown Needs a Good Clown Car. 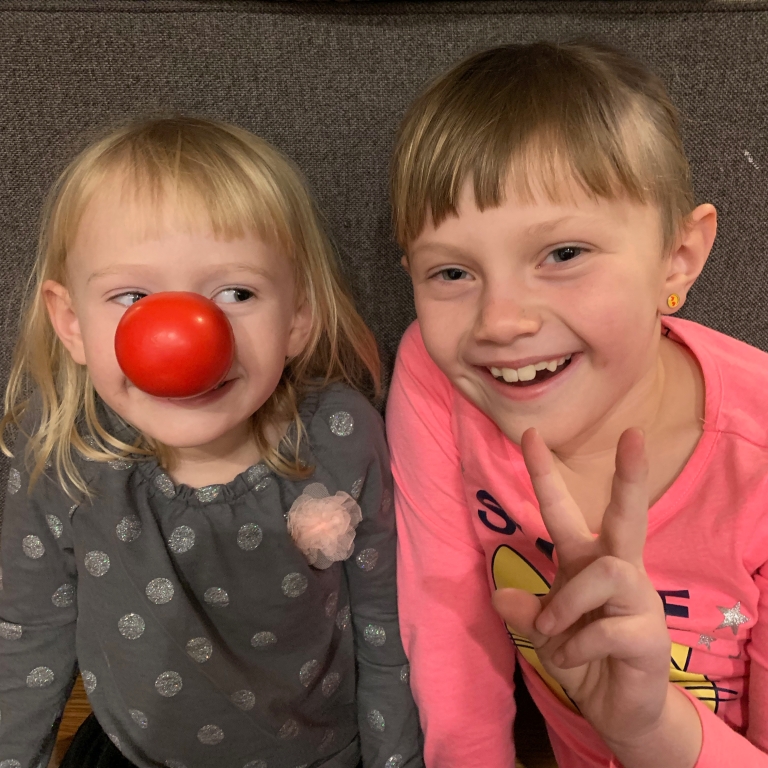 Next we shared dinners and brunches with friends and Bart took Zoe to see Wicked (prom photo below). The following fuzzy pink purse holds binoculars, and I have no idea why Bart’s shoes are so incredibly sparkly. Must be a Wicked Witch thing? 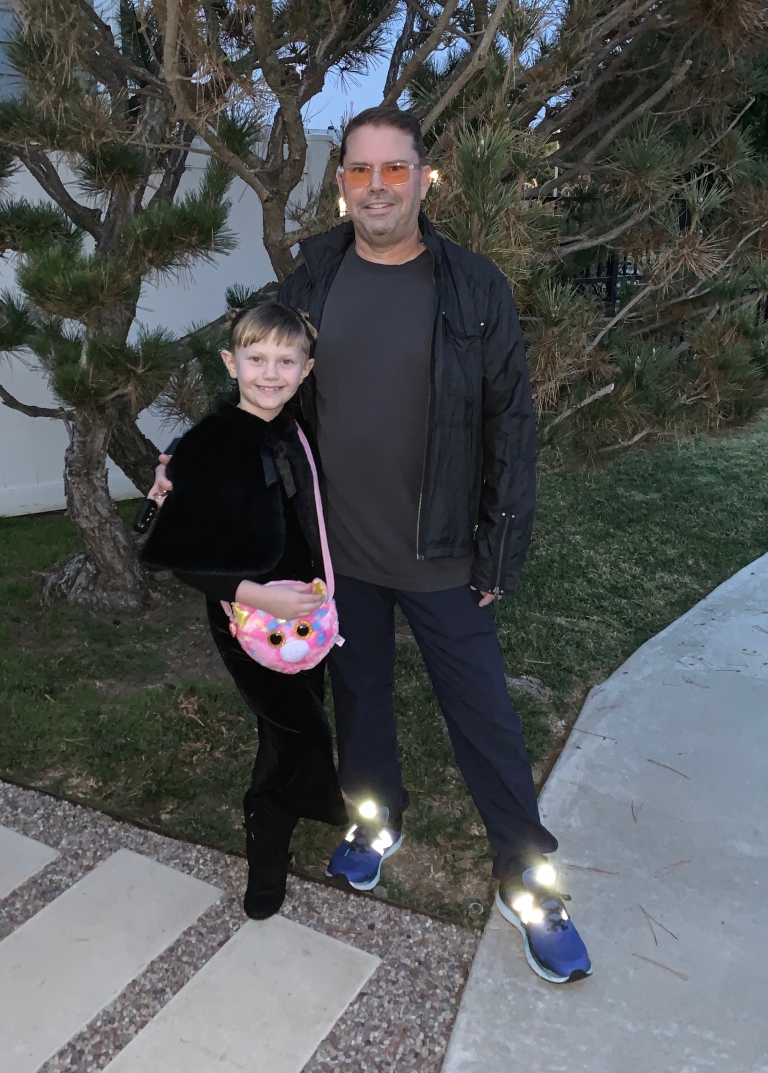 Finally, we headed to the LA Zoo for Zoo Lights (nominated by USA Today as “Best Zoo Lights“) on December 22, another Johnson holiday tradition. The second image below is one of Zoe’s favorite things: “performing” behind a lighted screen. Who knows where that will end up. 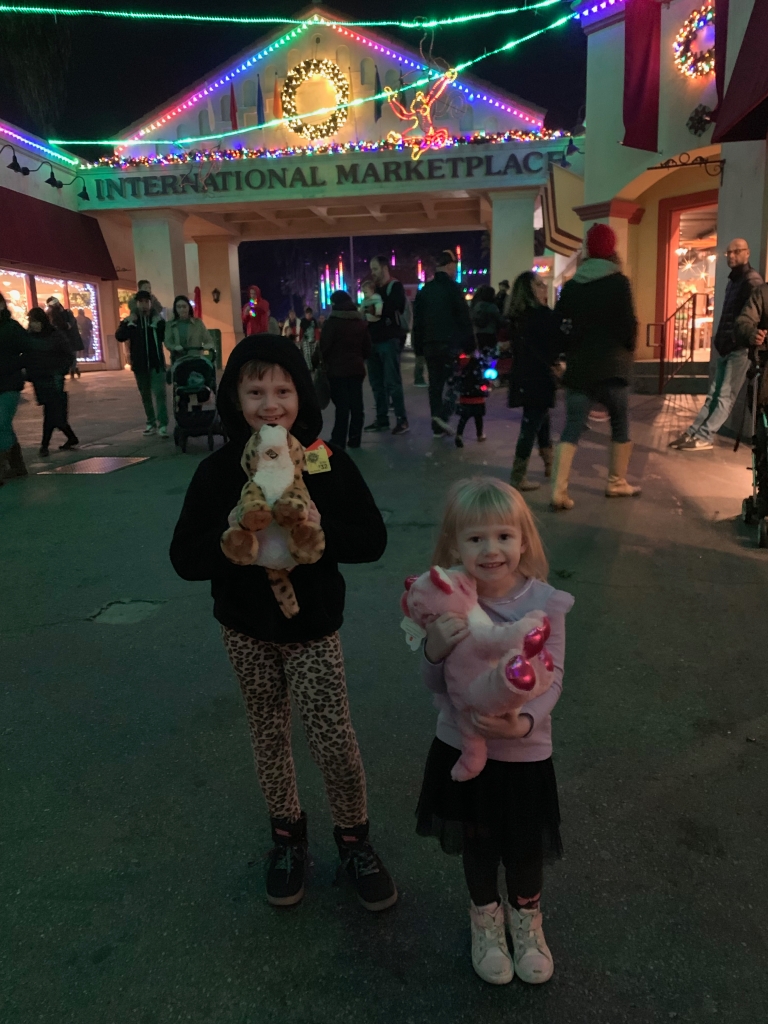 This last image is significant. My sweet mother asked me to buy something for the girls at the Zoo for Christmas, so each picked out a stuffy, which they promptly fell in love with (Zoe’s leopard is named “Pard-y”, like “party”, get it?). As luck would have it, Ella’s pink tiger lasted fewer than 4 hours, since by midnight she would be throwing up all over it IN her bed… Given that the rest of us did NOT end up with stomach flu, we’re sticking with some bad chicken fingers at the zoo as the culprit, but unfortunately, there was NO WAY I was going to be able to save that tiger.

But back to the fun stuff – before all that there was a dance party in the Twinkle Tunnel and fun had all around.

I’m exhausted just writing about it, and I’m sure I missed some stuff. Regardless, we had a terrific family holiday season staying home here in LA, filled with family, friends and fun (and only a little puke). By Monday morning, Ella was back to her “usual”, and we went to see Mary Poppins Returns at the theater, where that little trooper (who LOVES popcorn) managed to talk me into – and be OK with – only 3 kernels of popcorn. In my defense, I was the one holding her hair, feeding her ice chips and cleaning up vomit, so I’m pretty impressed I let her eat any popcorn at all!

But that’s not the way to end the last blog of the year. I genuinely have NOTHING to complain about. We have a happy family, an amazing group of friends, and more wonderful experiences than one “team” should be allowed.

Hope your New Year’s Eve is safe and satisfying, and that your New Year brings you all you want and more. Bye-Bye, 2018! 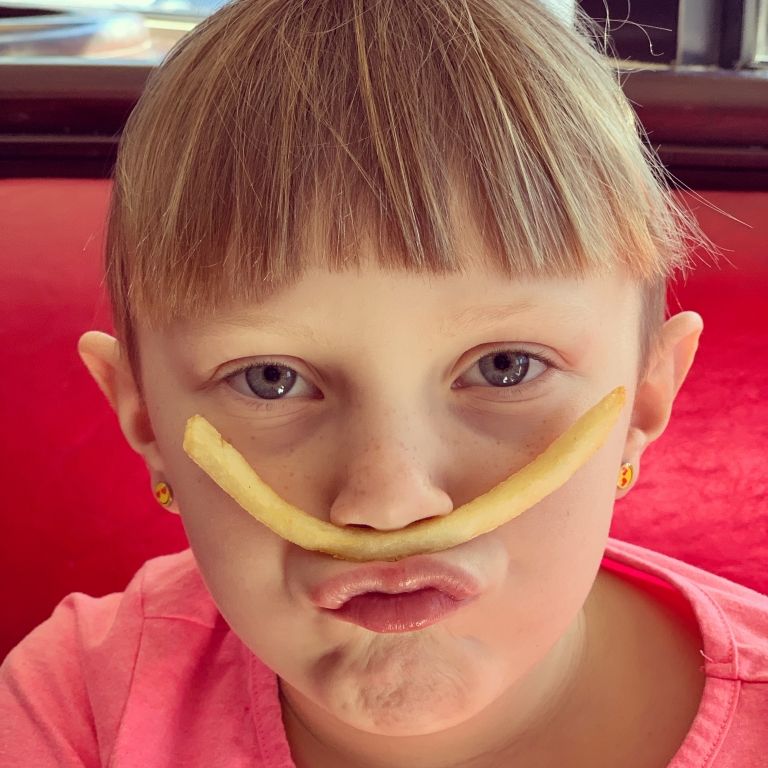