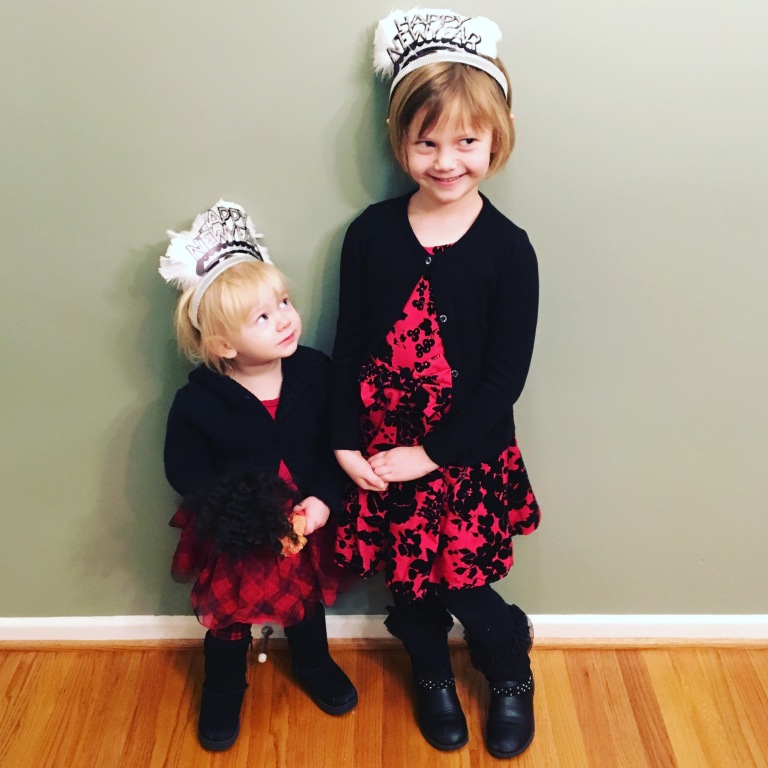 In fact, for the second year in a row, we shared New Year’s Eve with our friends and their cutie pie twin boys, who are 6 months older than Zoe. And again, we had a blast :)

Intent on a kid-friendly but still fun NYE, we planned for the kids to make their own pizzas, which worked out great. In fact, Zoe’s was pretty amazing:

The Johnsons (that’s us) were responsible for bringing the party hats and noisemakers, which we did, but I wasn’t sure I would survive the 5 pm to 9 pm kid fest without something planned to entertain them, so I took to Pinterest again. Yes, I know that’s risky, given what happened last time I decided to “just get a few ideas” for their birthday party on Pinterest, but I had to…

You wouldn’t believe how many websites, photos, crafts and ideas there are out there when you google “New Year’s Eve for Kids”. It’s way more than Pinterest (though there’s a lot there) – it’s insane. Here are just a few of the links I found:

Minute to Win It Games
http://www.thechaosandtheclutter.com/archives/family-fun-night-minute-to-win-it

While we did not do the first three, we DID make Trix Krispies (THEY ARE GROSS) and we found some fun “Minute to Win It” games that were a blast with the kids.

Oh what you can do with a bag of red solo cups and some ping pong balls:

And my favorite “Minute to Win It” game?

Face the Cookie. Each person has a cookie (we used Oreos) placed on their forehead and has to get it into their mouth without touching it with their hands.

Our friend, Bardo demonstrated first, and I couldn’t stop laughing. The kids were not quite as good, but it was so fun to watch them try (and ultimately watch them shove the Oreo in their mouths).

We also printed photo booth props I found online and taped them to paper straws for a photo booth, but honestly, we ran out of steam before that happened (and I got very few pictures beforehand, sure I’d get those!)

At 9 pm PT, we rang in the New Year with the New York crowd on TV and made a LOT of noise:

Shortly after, we headed home, and shortly after that, we old parents (with two sleeping children exhausted from beer pong and moving cookies down their faces) were asleep. 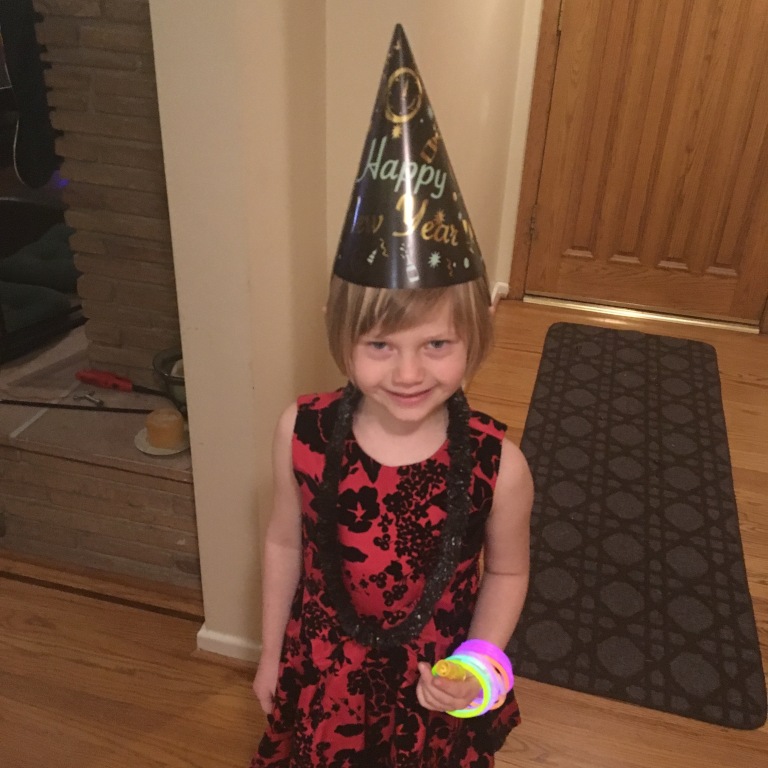 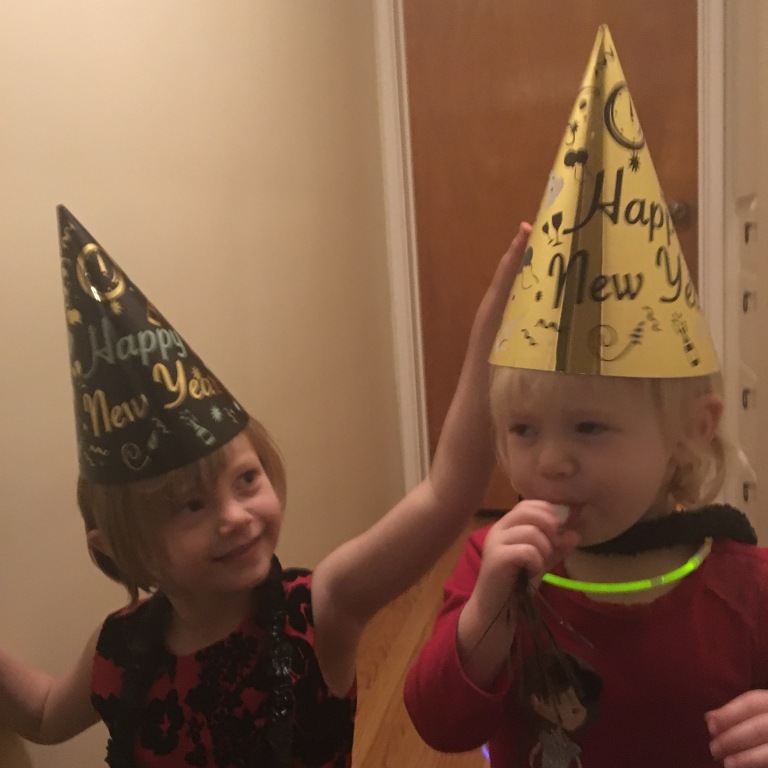