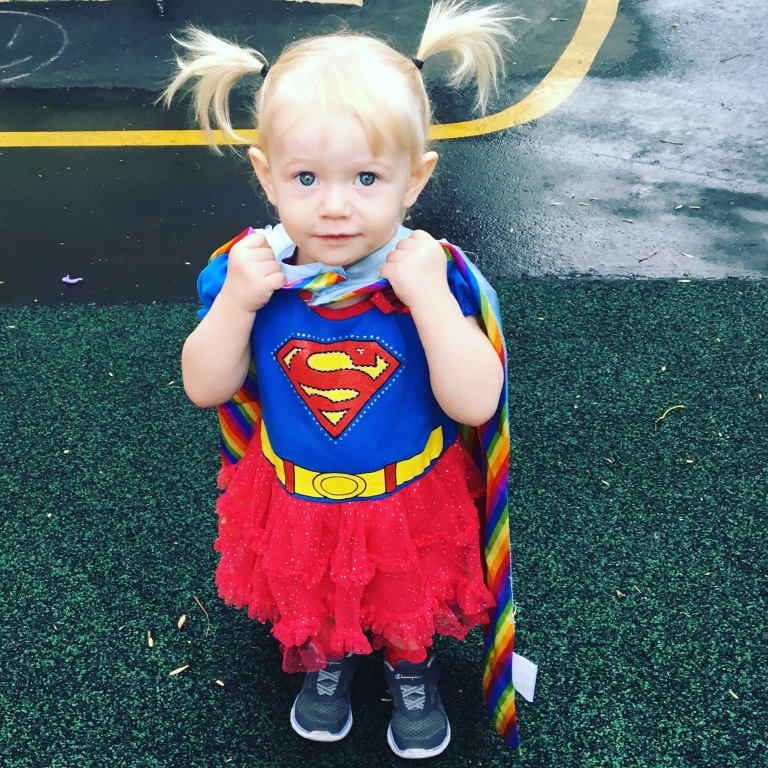 I love Halloween! And that may explain the fact that my children change costumes more than Cher for this fabulous occasion – and why we have SO MANY to choose from! To be fair, many of our costumes are hand-me-downs from other cute little girls I know, but hey, the fact I keep (and encourage) them probably says more about me.

Anyway, as soon as the pumpkin patches open, I start looking for opportunities to see our children dress up. Our first one of the year was at the Discovery Cube: 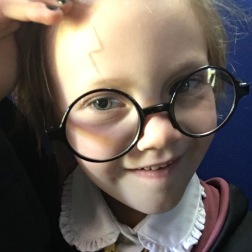 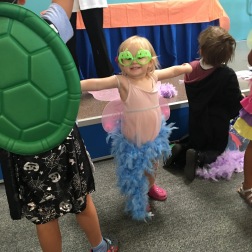 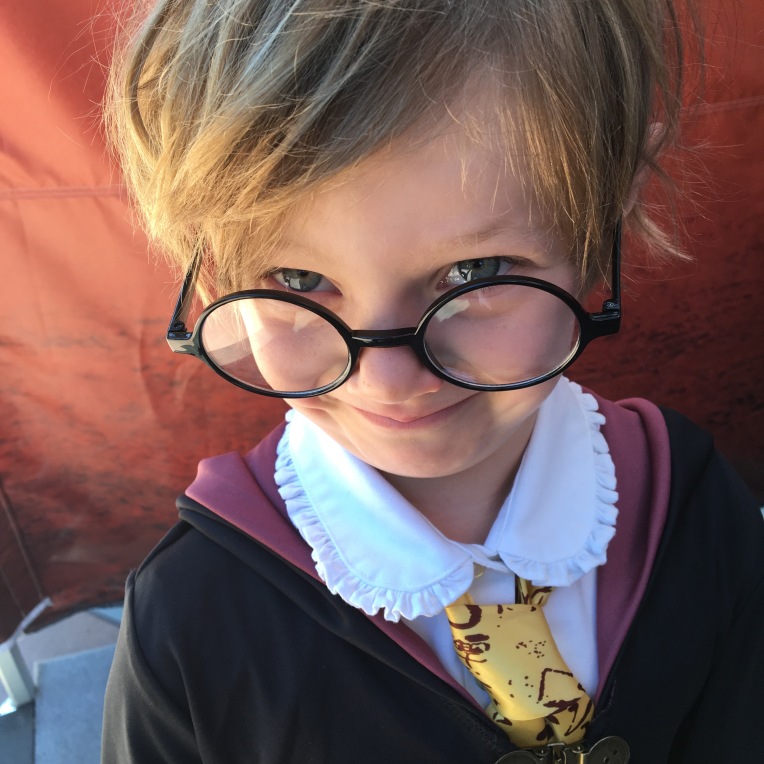 Zoe was an awesome Harry Potter, and we had a blast at the Lego station and the “Mars Experience” bus on our trip to Mars. Ella was supposed to be “riding a unicorn”, but that costume didn’t pan out… but even Dad had a great time (OR he accidentally forgot he put Ella’s unicorn horn on his head and walked around half the day like this):

The Friday before Halloween, there were celebrations at both girls’ schools. Ella’s class dressed up, had a party and took part in a schoolwide parade (she was the Super Girl you see above). The night before we actually tried on TWO costumes, because I wasn’t sure how “dressing up” for school would actually go, and she was CERTAIN she wanted to be Minnie Mouse. But guess what happened the next morning? She was bawling “I don’t WANT to be Minnie Mouse!”, and so, Super Girl it was.

Zoe’s school had an entire Fall Festival fundraiser after school, and she packed up and sported her Rey birthday costume for the occasion: 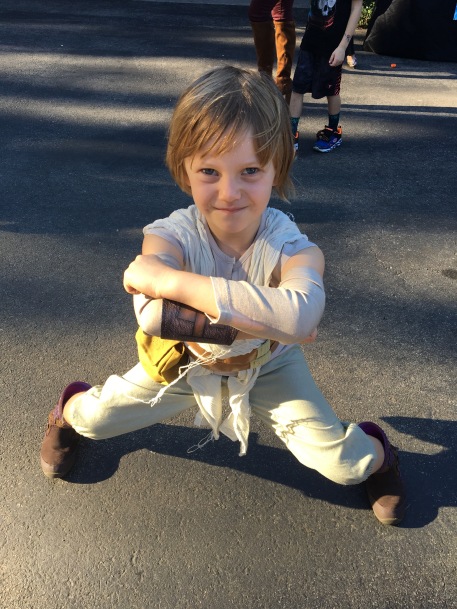 Bart was in Asheville for work, so his parents bravely joined me at the Fall Festival games, a bake sale and face painting, of course.

On the Saturday before Halloween, we went to a Trunk or Treat at Ella’s school. I was certain Ella would NOW want to be Minnie Mouse and didn’t even bother to wash her Super Girl costume. You can guess how that turned out:

Afterwards, we stopped by a house in a nearby neighborhood who hosts “Boney Island” in their yard. It was insane. There were streets blocked off, people directing traffic, a super long line just to walk through the yard and see the skeleton and other spooky (yet family friendly) displays. The whole experience was built by Rick Polizzi, a former producer for The Simpsons. There’s actual video on that 2nd link, if you’re curious. 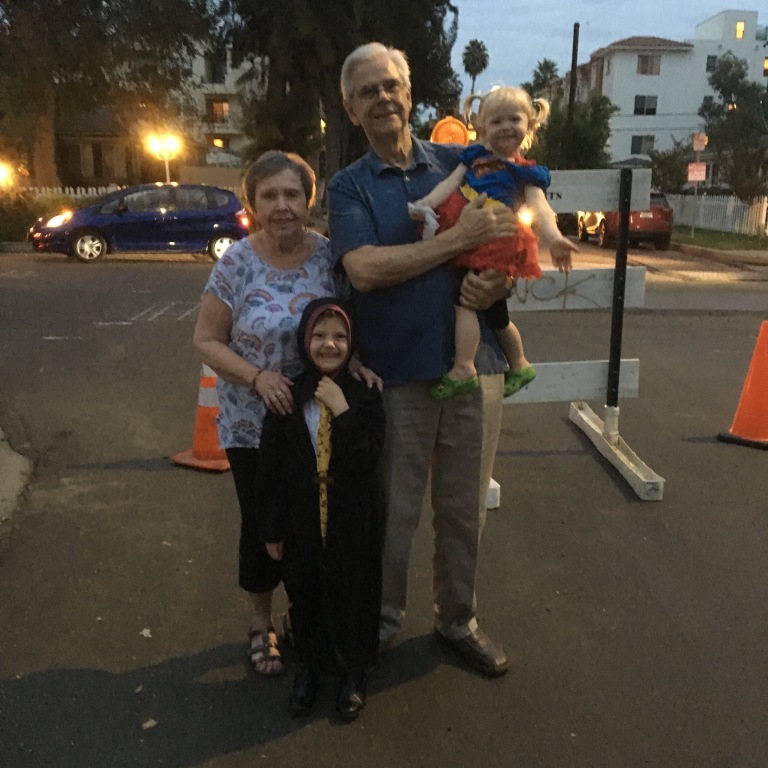 And for the GRAND FINALE… On the actual day of Halloween, Zoe’s school had a parade (she was Harry Potter) and AFTER school we started Trick or Treating around 6:15 pm, with a double-Rey celebration, of which I only got this dark, fuzzy picture: 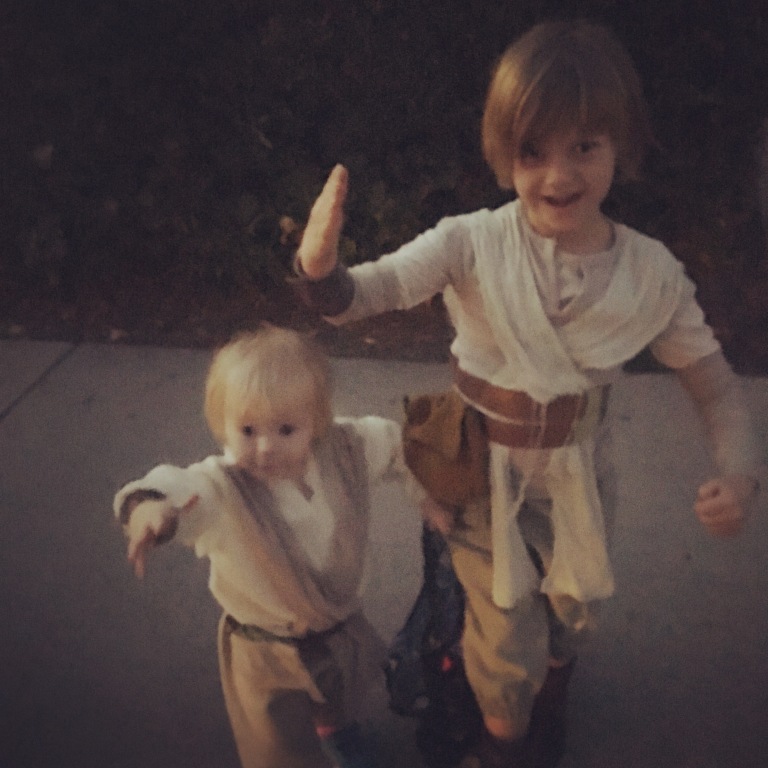 PHEW. Now that’s a lot of Halloween. Though clearly not as exciting (or cute), I also dressed up for work (yes, that’s a onesie and both the bottle and monkey belong to my children): 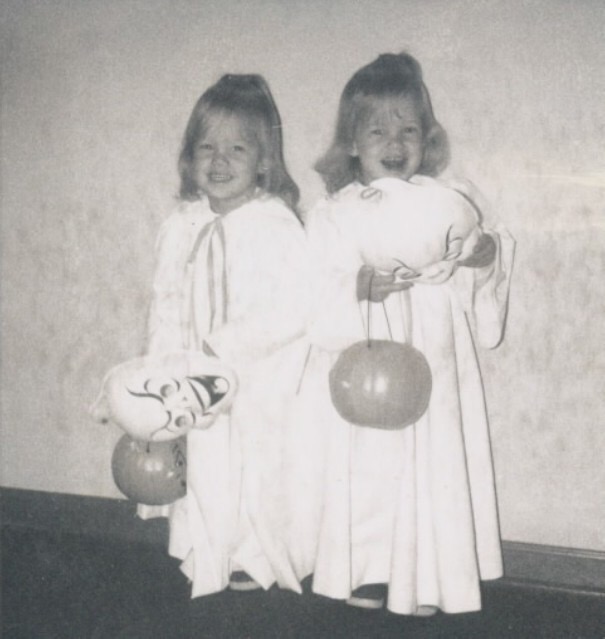