Never too late to celebrate the nation’s birthday, right?

This is the story of two sisters – and two dresses. For the last day of school, Zoe’s class had “Red White and Blue” day, and irony of ironies, the kid whose mother refused pink and selected RED for her daughter’s nursery had no red in the closet. But a lot of pink…

So we headed to the mall, where I found not only “red white and blue” but basically a flag dress – and one for Ella, too! – and told myself, “Hey, she’ll get to wear this more than once this year!” And who knows when you’ll need a flag dress.

As luck would have it, for Independence Day our awesome friends with an awesome pool invited us for a BBQ. But instead of dressing our kids in the swimwear they’d want to be wearing to jump into the pool upon arrival, I was determined to get our small children in those flag dresses. Dammit.

When we arrived at the party, instead of rushing to the pool as they wanted, their crazy mother stood these cute children out in front of the house – with FLAGS no less! – and insisted on a photoshoot.

For 7 glorious minutes (including entry to the party and a brief acknowledgment of their cuteness), Zoe and Ella wore flag dresses, and while we got what I thought was the “winning pic” (which I promptly posted on Facebook), I got a lot of others, too.

So I’m sharing them here, and I’m willing to bet you’ll agree that a) getting 2 kids to smile at the same time while looking at the camera is nearly impossible and b) sisterly love is really cute :) 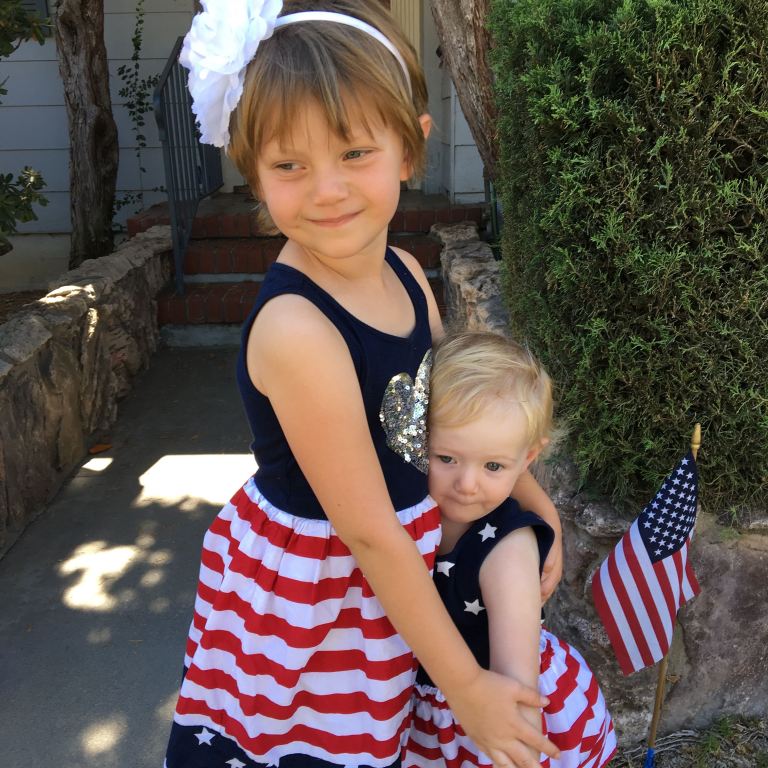 Oh, and to celebrate the birth of the nation, Zoe made a birthday cake, and I watched 6 little girls “decorate” it. For the record, there was more icing IN THE MOUTH (often by licking a knife, and yes, I watched the whole thing) than there was ON THE CAKE. 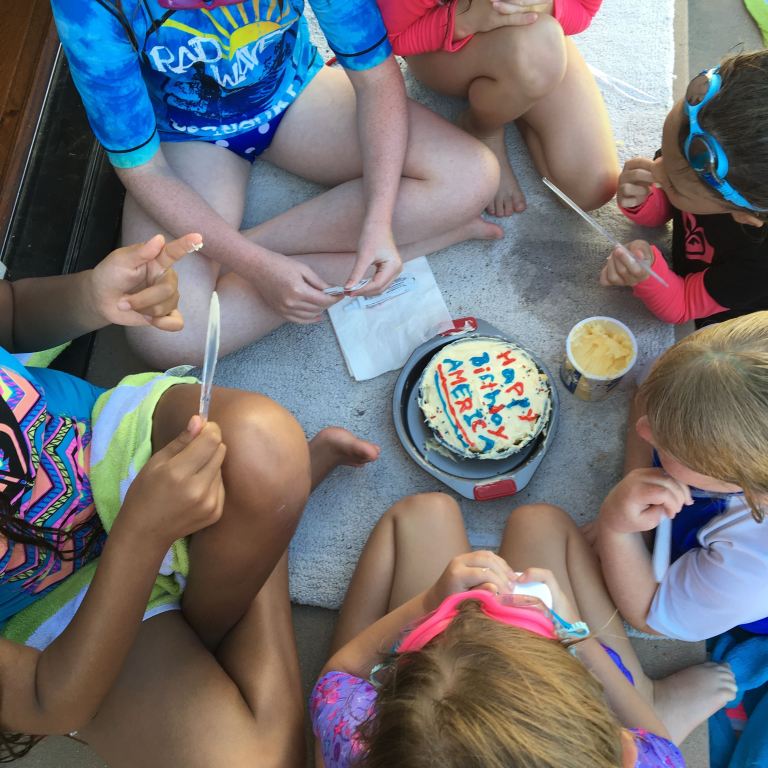 So less than a month later (which I consider to be a success), the 4th of July blog is complete! Happy Independence Day 2016!

One thought on “Independence Day”