Zoe recently picked up the yucky habit of putting her hair in her mouth and sucking or chewing it. EW. One day last week we picked her up and her hair has gotten so long that it was wet IN THE BACK (it made it all the way to her mouth). Double EW. One day she came home from school with pink irritation on each side of her mouth. Triple EW!

Let me give you a tip: Never look up “Hair Chewing”. Just don’t. (If you must, check out this article, it’s awful.) OK, not awful, but gross. Apparently some kid died from hairballs in the stomach from EATING hair… Who knew?

We tried everything to get her to stop:

That last one seemed cruel. I couldn’t imagine actually dragging our daughter to the salon and having them cut off the long hair she’d worked hard to grow, against her will. So after we threatened that a few times, I suggested to Bart that we stop threatening, unless we were willing to do it.

We backed off but still kept on with the other tactics. Some days were better than others, then just as were headed out for a trip (where she would be here in LA with Holly and Amanda), we laid down the law: You have until next Friday to figure out how to stop chewing your hair, or we will have to cut it off. It’s your choice.

She agreed willingly and resolved to fix it (and to be clear, that threat never really scared her as much as it concerned us to go through with it). But after 2 bouts of mouth sores (they don’t last for long, but they are gross…) and multiple times of picking her up from school with an entire ring of wet hair around the bottom, we knew this was headed nowhere good. (If you think we’re crazy, refer back to article above)

The toughest part about making this change was that it seemed involuntary. She chewed because she liked the feeling of it, and it’s reassuring (and often happened absentmindedly when she was thinking or doing something). Anyway, it had to stop.

As our deadline came and went, we did what all bad parents do: We delayed. But just 3 days after that deadline, Zoe had decided (without prompting) that she wanted to cut her hair off so that it wouldn’t reach her mouth. That, she said, would solve the problem.

And so that’s how on a Friday night at 5:30 pm we ended up at The Yellow Balloon, our local kids salon. At first I think the hair stylist thought we were FORCING her to cut off her hair (WHO WOULD DO THAT?!), but Zoe assured her it was her decision, and followed that up during the cut with “No, shorter than that”.

Which is how we ended up with THIS tiny hair model: 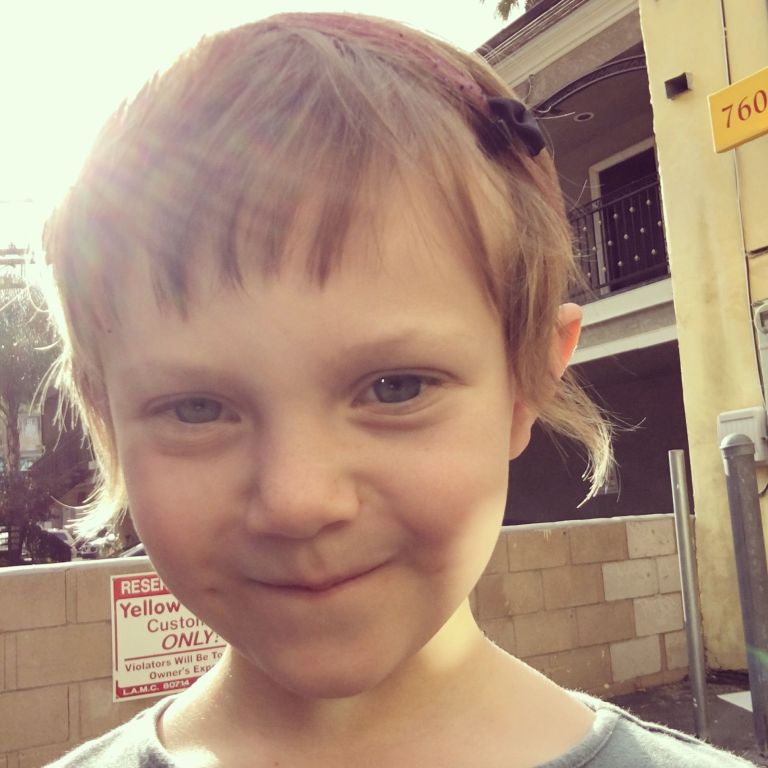 And while we were there, of course, Ella wanted a haircut, too! (shocking) At this point I began to think our stylist had trust issues, as she AGAIN didn’t believe that Ella “wanted” a haircut, until Ella told her so. And then she could not believe that she was only 19 months old, with words, and with a genuine desire to get her hair cut.

Our children are exceptional, if I do say so myself. I left SO PROUD to have such independent small people in my life, who know exactly what they want. Though there are times I am LESS in love with that trait, I know that it will help them in life, so I’m ultimately thankful for it.

In Ella’s fashion, she stared skeptically at the stylist at first (though she had watched Zoe’s haircut and seen that “it’s safe”). This was quickly resolved by 3 things: a) Daniel Tiger, b) animal crackers, and c) a tiny cup of water.

So you can imagine this scene: 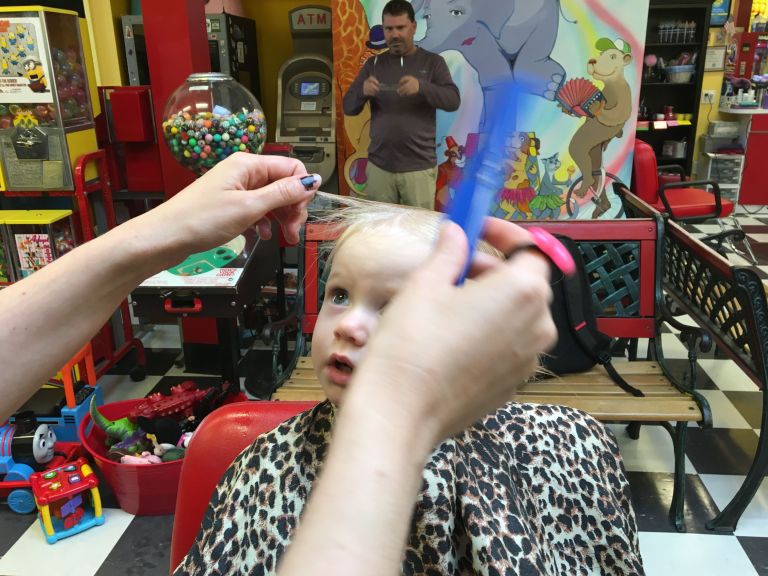 And so, we left the salon with these two beauties. And that, is the story of Ella’s first haircut and Zoe’s big decision. If you’re curious, she STILL loves her hair. 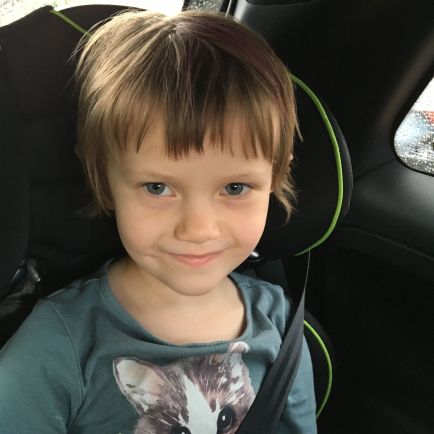