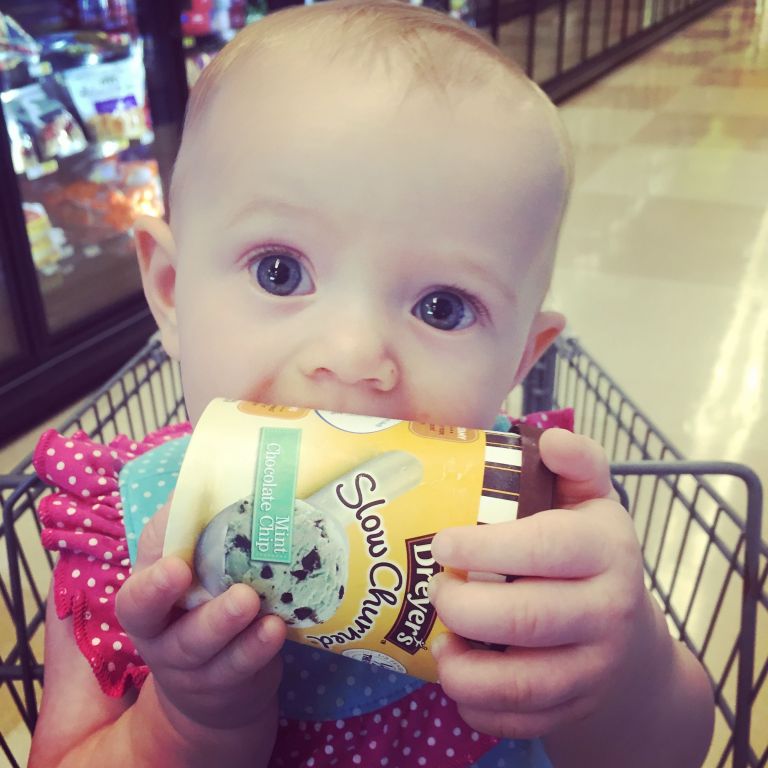 First of all, WHAT HAPPENED?

In less than a month, Zoe will be 5 years old. One two three four FIVE. In just over a month, Ella will be one whole year old. ONE! Now that I got that out of my system, a lot has happened since last I wrote:

One of my favorite recent happenings? Ella’s first “words”.

I call them that because we really haven’t gotten much past diggum, giggum and her reading us the riot act with incredibly serious facial expressions and completely unintelligible sounds (which is hilarious). Though she DOES have a few signs: All Done, More and Daddy. In fact, she basically refuses to sign Mommy and when you show her the sign, she shakes her head and shows you “Daddy”.

She “may” have SAID Daddy, but what we look for is a consistency in how / when she uses a word to know she KNOWS it. Which leads me to my very favorite: DOG.

Not only was it her first that wasn’t “All Done” (which is a common first, since it basically is a child’s way to say “Get me the heck out of here right now can’t you see I am done eating!”, and they eat often, so it has an unfair advantage over any other sign). But signing DOG, gets her truly excited.

Though she doesn’t just sign it anymore. She now shouts “BOP BOP BOP” as she slaps her leg and smiles. So.Damn.Cute.

I have a few other blogs “in my head” (Palm Springs Family Vacation on 4th of July – yes, it’s late – and Zoe’s Reading Class), but you’ll have to wait. In the meantime, here’s a “Daddy Dressed Me” morning photo (no wonder they’re both Daddy’s Girls):

One thought on “Bop Bop Bop”