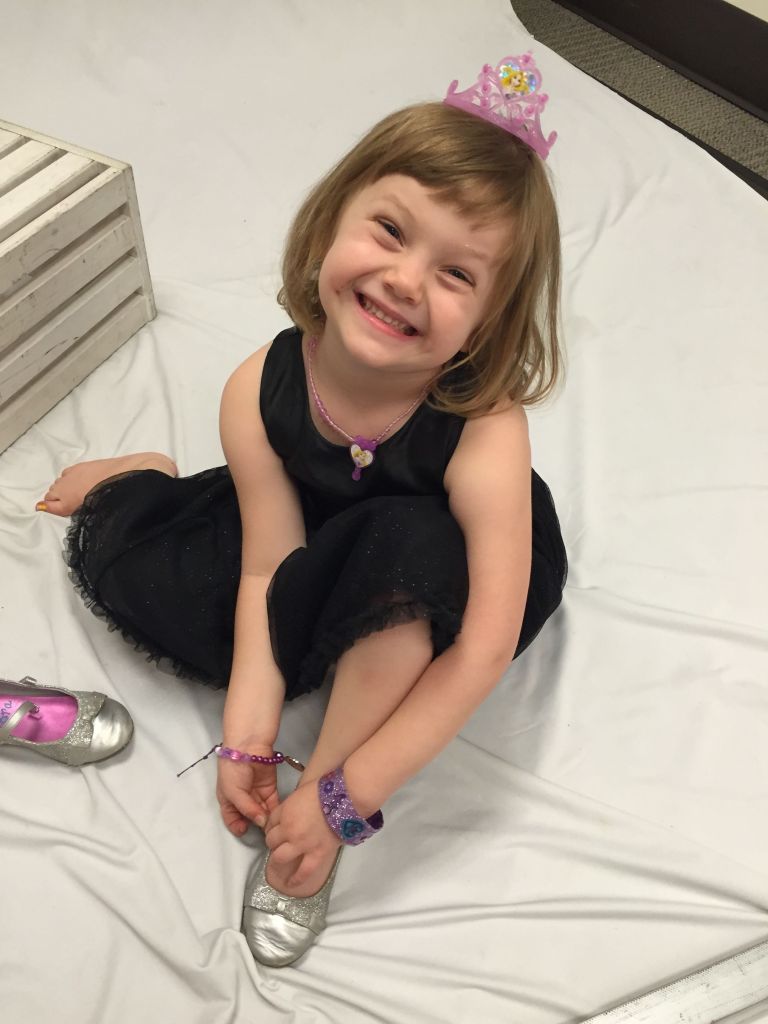 First, I have to confess that I’ve heard OF but never HEARD “All About That Bass” by Meghan Trainor. Yes, it was nominated for a Grammy. No, I don’t live under a rock. I just hadn’t heard it.

Anyway, Zoe has decided she likes breakdancing (long story), and I was scrolling my Facebook news feed and found a Superhero Breakdance video that I knew she’d love. So I put it up on my husband’s 70 inch TV, and we watched it 5 times, danced (poorly) and laughed. After unsuccessfully looking for other equally awesome videos, I decided Zoe might like to see a music video, and I have no idea why (now) but I picked that bass ;)

This advice may be too late for some of you, but that video is NOT PG (maybe PG-13, for language, oops?). BUT as I was watching the video, I was thinking “What a great message for young girls! Be PROUD of your body, just the way it is!” In the song she literally says the following:

“‘Cause every inch of you is perfect, from the bottom to the top.”

(Yes, I now also know that there are a lot of women who are offended by this song, but it was my first time hearing it.)

She also shows images of “perfect” (read: plastic Barbie looking) girls in a less than perfect light. That’s something!

Here’s where things went wrong… As the song is going along, Zoe says, “Mom, that girl is so pretty!” And I’m thinking Meghan Trainor – though she is wearing quite a bit of makeup and some serious hair spray, she’s singing such a positive self image message, I can live with that.

But nope. Zoe thinks the girl with the Saran wrap and nearly impossible body proportions is the most beautiful girl she’s ever seen… WTH. In a music video filled with voluptuous women looking cool and dancing proudly, my daughter wants to look like the Barbie they’re making fun of… (she is also in love with every princess ever, so I should have guessed)

Anyway, what may save us yet is her karate class. Today there was a “Breakathon” where all the kids BROKE BOARDS, and our little princess broke THREE of them:

Though I must admit, she was quite pretty doing it ;)

OH, and one more thing, in case wondering… The lyrics to “All About That Bass” can seem repetitive, especially when your 4-year-old can only remember and repeat over and over again the chorus… Make that 2 things – I must have the hearing of a 4-year-old. I heard “I’m all about that bass, about that bass, no trouble” (so did Zoe). It was my husband who schooled us both on TREBLE.

And if you’re looking for an Ella update: 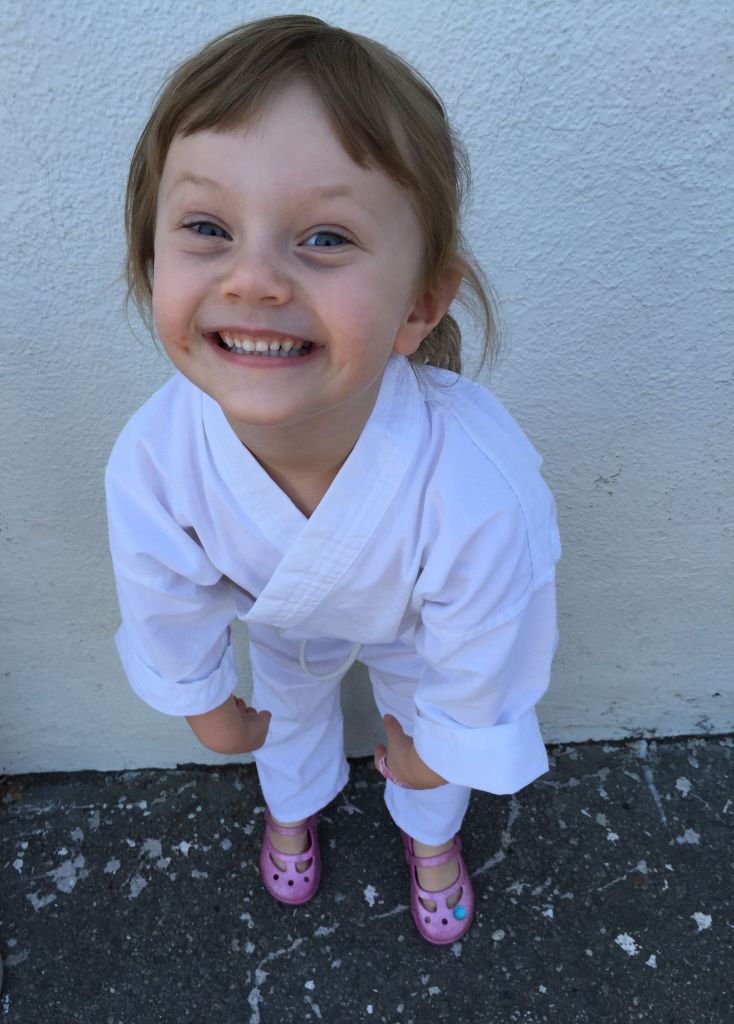 2 thoughts on “When a Good Message Goes Bad”